I just finished reading Ken Follett’s second volume in the trilogy “The pillars of the earth”, “World without end”. It takes place from the1320’s to the 1360’s, in other words in the Middle Ages.

In this period, women were seen as the property of men, their fathers, their husbands. An aristocratic widow could be ordered by the king to remarry someone chosen by him, the king. Women were seen as inferior, creatures with no brains, or at least not capable of coping with matters such as theology and medicine. These were subjects studied my men only, and more, only by monks and priests. Nuns were acting as nurses, but with no authority to even question the “cures” prescribed by the priests. And the priests were clinging to the old methods, refusing any change, so they could keep their power and stay superior.

We like to believe that we have come so much more forward these days. We’re living in 2020, and women are working as doctors, lawyers, scientists. They are even astronauts!

I follow the news on the subject of a candidate for the US Supreme Court. And I become astonished, and disgusted, even if there is probably no reason to be so, looking to the bunch of conservative, old men having a say over there these days. Not to mention the one guy that only do what benefits him and his family, because he has no scruples, no moral and no other goal than enriching himself. Well, enough about him.

What I did want to say, is that looking to the country, which motto is “Land of hope and glory”, I find no hope and no glory at all.

I find Christian conservatives, who live by (extreme) double standards. I find they want to reverse the right to free abortion and the clinics offering family planning advice. I find they want to make it harder by the day to be anything but a white, heterosexual Christian. Preferably a male…

Their whole society is constructed in a way that gives women not many opportunities but to quit her job when she gets pregnant, because the cost of kindergarten is so high. Unless she’s a single mum, of course, who has to take on three jobs to feed her kid(s).

I read Ken Follett, and I see that we are still living in the Middle Ages in many respects. So I mentioned USA. We can take a look to some Asian and Middle Eastern countries, where women are STILL viewed as the property of their fathers and husbands. Where a woman’s testimonial is not worth anything, and where she can’t even leave the house without male escort. Where girls are deprived systematically of education, and only given the last scraps of food after the males of the family have finished their meal.

But even in Europe, who likes to think of themselves as progressive and modern, we find that women are systematically paid less for doing the same work as men. We find that they work more part-time to find room to take care of their family, or they stay at home for a longer period of time for the same reason.

I wonder when, if ever, women will be valued at the same terms as men? When will we be considered equal?

I read a story on a Norwegian news site about a conservative priest, a protestant priest even, that refused to worked with a female priest! There have been female priests in Norway for several decades! There’s even female bishops… And this was not recycled news from the 1960’s, it was like a week ago. In September 2020. In Norway, where mothers and fathers take equal leave to take care of their baby its first year, male priests still refuse to work side by side with a female colleague.

We might have come a long way in many respects, but we’re not done, by far.

It might seems odd that I, a Norwegian living in France, takes such an interest in the nominee for the Supreme Court in the US, but it’s quite simple. The US is, or at least wants to be, an example to the world. They want to export their democracy (which is not very democratic, and which is about to crumble to pieces if the sitting president is re-elected), they want to export their values. But right now they risk taking on something that will legitimize the suppression of women worldwide.

Why would conservative countries improve the lives and opportunities for their girls and women, or allow abortion, if the leading state of the world is going backwards? It will rather support the status quo.

Too many women risk their lives every day because they have to go through illegal abortions, performed by people with no or little medical training. Or they risk lifetime in prison if discovered. Making abortions illegal is not going to stop women from having them. Reversing the right to free abortions is not the way to go.

Choosing a religious fanatic to replace Ruth Bader Ginsburg on the Supreme Court is an insult to all women, not only in the US, but to the rest of us as well. 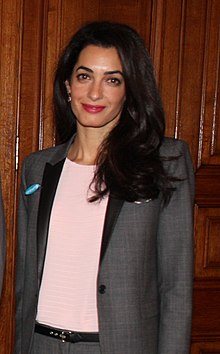